The Royal Society launched the Blue Plaques scheme in 1867 with the unveiling of a “commemorative tablet” for Lord Byron. Thirty-five were erected by 1901 but less than half now survive, with Napoleon III the earliest plaque left. The London County Council replaced them in 1901, with Kensington’s very own Lord Macaulay amongst their first plaques. 1901 to 1938 was a time of experimentation with designs including ribbons and wreathes, bronze, lead and stone and shapes like squares and rectangles. A simple, blue, ceramic Doulton disc was chosen in 1938 and the blue plaque was born. Up until the London County Council was abolished in 1965 they had unveiled over 250 plaques. Next came the Greater London Council. During a brief reign from 1965 to 1986 they erected an incredible 262 plaques.

English Heritage took over in the London Scheme in 1986 and still run the show today. It celebrates the links between notable figures of the past and the buildings in which they lived and worked.  Responsible for over 200 new plaques and overseeing increasingly more every year, the scheme continues to go from strength to strength. it has inspired many similar schemes in the UK and around the world.

Conservation Areas Wirral launched their Blue Plaque scheme in 2016 .Oxton’s own scheme, in partnership with CAW was launched in July 2017 with the unveiling of our first plaque to honour Brigadier Sir Philip Toosey at his former home in Rose Mount, Oxton. The ceremony was by two former prisoners of war commemorating their commanding officer – Gunners Maurice Naylor, 96, from Leicester and Fergus Anckorn, 98, from Sussex and was attended by family, friends and members of the Oxton Society.

Sir Philip was the war hero played by Sir Alec Guinness in big screen epic, Bridge on the River Kwai.  A full report on the day and further background on Sir Philip can be seen here in the November 2017 edition of the Newsletter. 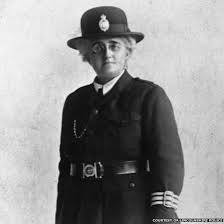 Edith Smith, who was the first woman to become a warranted police officer, was born and bred in Oxton. She lived in 18 Palm Hill where members of the Oxton Society and their guests assembled on June 16th to unveil our second Blue Plaque. Edith made her mark in Grantham where she looked after the welfare of the town’s young women given the proximity of army barracks at Catterick.

The ceremony was attended by Courtney Finn from the Grantham Civic Society, who helped with Edith’s biog, and members of her family, including her granddaughter, Margaret Smith who unveiled the plaque. Guests were welcomed by Rhiannon Evans, the chair of the Oxton Society and Bob Knowles who gave a short talk on Edith’s career. Bob has produced a pamphlet on Edith, available from Oxton Books in the Williamson. 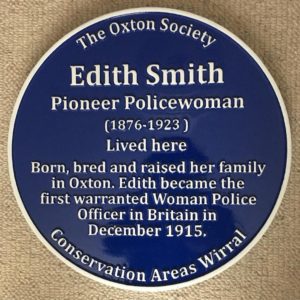 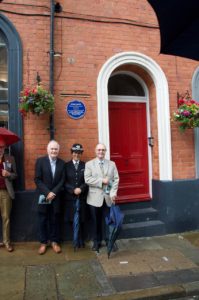 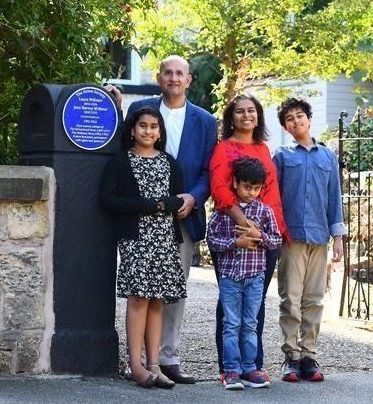 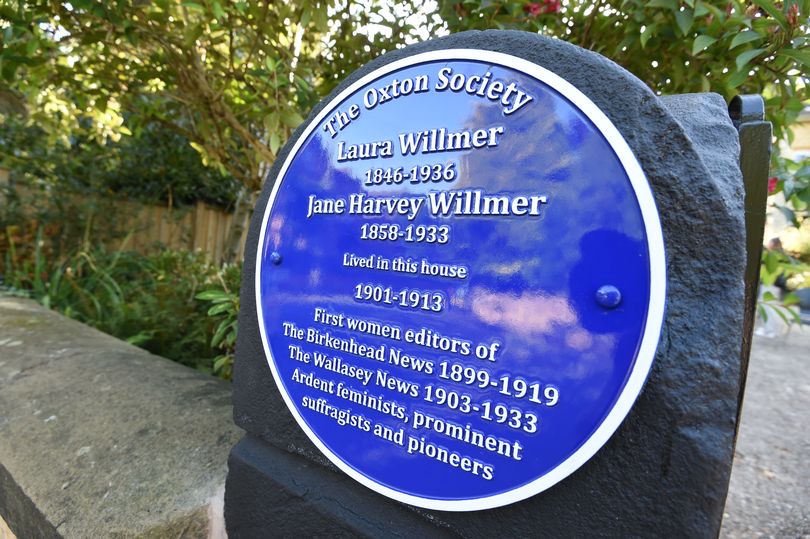 TWO sisters from Wirral, who were among the first female newspaper editors in the country in the early 1900s, are  commemorated with a Blue Plaque outside their former home. Laura and Jeannie Willmer were editors of the Wallasey News and Birkenhead News respectively and lived in Wellington Road, Oxton. The siblings were also influential in the Suffrage movement and campaigned alongside the non-militant National Union of Women’s Suffrage Societies (NUWSS). The plaque was officially unveiled on Saturday, September 19 by Liverpool Echo editor Maria Breslin who became the first female editor of the 141-year-old newspaper in July. 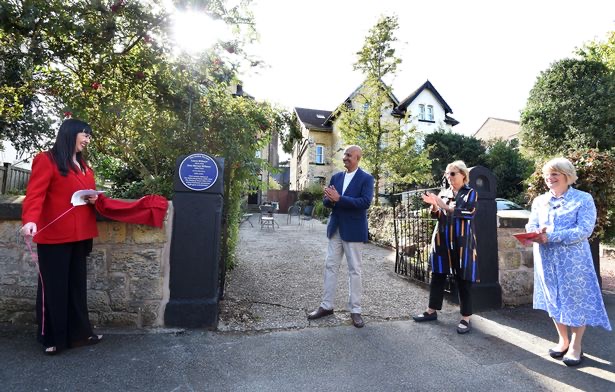 Laura and Jeannie and five brothers were born to Charles and Jane Willmer and lived in Liverpool before moving to Birkenhead in 1861 when their father, a respected journalist, set up his own printing company. The sisters were well-educated and when two of their brothers died, the women became more involved in the family business. In 1899 Laura inaugurated the Wallasey News and was editor until 1919 when, at 73, the paper was sold. She continued to be involved in the major decisions of the company until her death in 1936. Jeannie became editor of the Birkenhead News in 1903, having previously acted as company secretary. With a keen interest in municipal progress and social wellbeing, she helped found Model Lodging House in Birkenhead – a scheme to provide decent living conditions for the homeless. She retired in 1932 due to ill health and died a year later. Both sisters became active in the Suffrage movement and in 1919 were involved in the national No Vote No Census campaign to give women the right to vote.

Shabbar Jaffar and Anu Garrib, the owners of the house, who contributed to the plaque said: “We’re very privileged and honoured to be living in a house with such a rich history, linked to women’s rights and equality.” 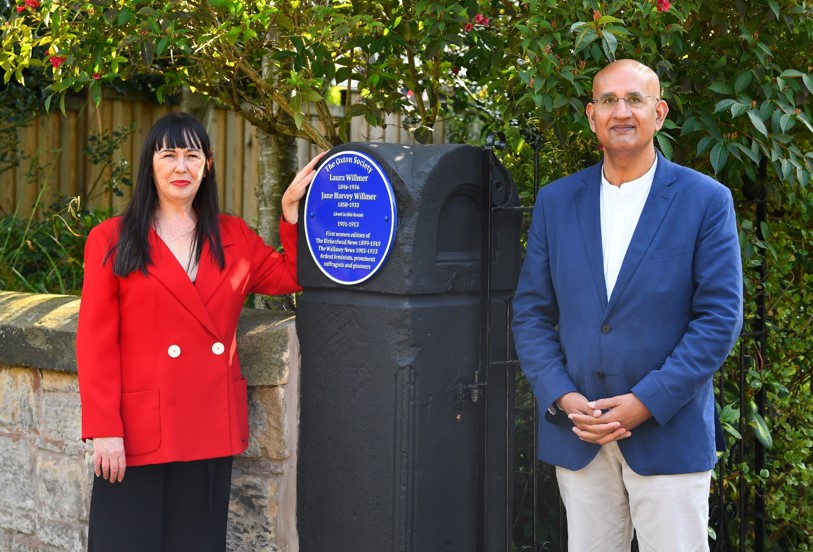 Maria Breslin said: “Like the inspirational Willmer sisters I am a passionate believer in local journalism and the past six months have only confirmed the key role we play in keeping our communities informed. And while I’m not expecting a plaque, I am extremely proud to be the Echo’s first woman editor and remain committed to campaigning for more diverse newsrooms which better reflect the communities they serve.” The full text of Maria’s inspirational speech can be found here.