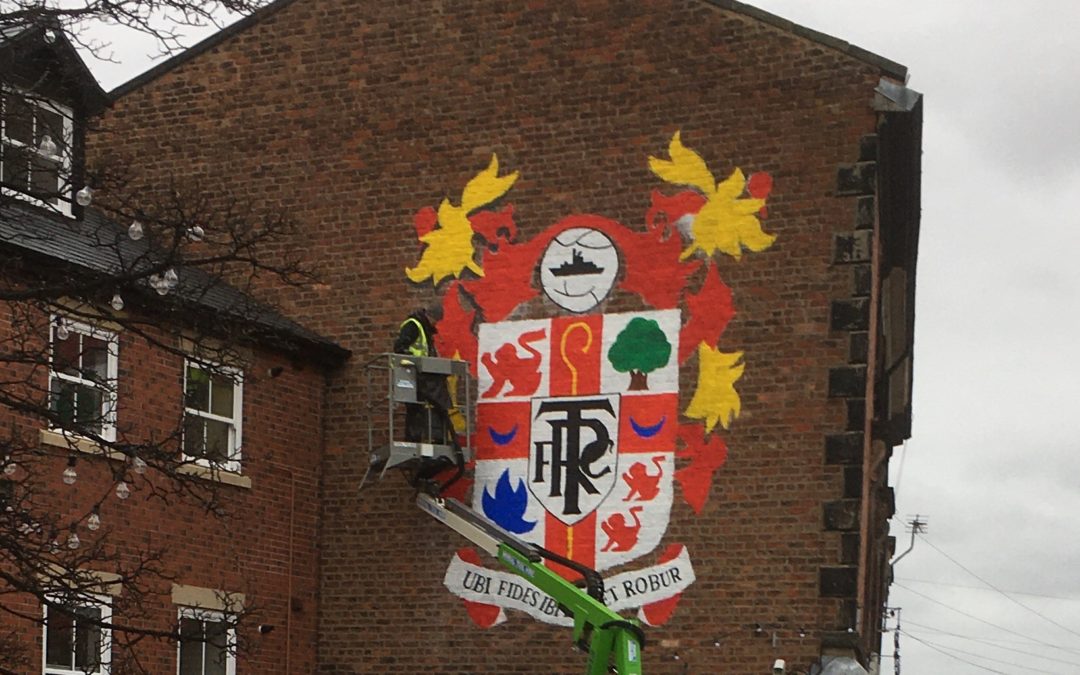 In the light of the controversy that has been aired on the Oxton Society’s Face Book and Twitter sites  arising from the mural recently created on the wall of Home Cafe, the Society is seeking to clarify the situation for its members.

The matter is with the planning service of Wirral Metropolitan Borough Council (WMBC) who will determine whether a planning application should have been made. This could take some time. If the decision is that a retrospective application is required then there will be a statutory consultation period during which the Oxton Society and everyone else with an interest – neighbours, village businesses, residents and the wider public – will have an opportunity to express their views. The Council’s Planning Committee will make the final decision, taking into account all the representations, either to approve or refuse.

So just to clarify:

The only way the Oxton Society can directly influence the outcome of the controversy sparked by “the mural” is through the planning process or other legal avenues the Council may pursue. The reason the mural appeared with no advance notice or consultation was because the property owner took the view that it was not an advertisement and therefore did not fall within the bounds of planning control (in this case the 2007 Advertisement Regulations). This interpretation was challenged by the Oxton Society and others by submitting a complaint through the Council’s online enforcement procedure. The outcome was that the Council issued a Planning Contravention Notice on the property owner which required him to state the reasons why the mural was not covered by the Regulations. The deadline for his response was 6th February.

We must now await the Council’s decision as to whether or not the mural does constitute an advertisement – i.e. for Tranmere Rovers FC. If the decision is that it does, then a retrospective planning application will be required on which the Oxton Society would be consulted – as it is on all planning applications in the Conservation Area. Neighbours will also be consulted, as of right, and it will be open for anyone with an opinion to make representations. In this case the main consideration for the Oxton Society in making its response would be whether, and in what way, the mural harms the character of the Conservation Area.

The consultation stage normally takes six weeks and then it will be for the Council’s officers to make a recommendation to the Planning Committee on whether to refuse or grant planning permission. A decision to refuse would be followed by enforcement action. This might not be straightforward as removal of the mural could be technically difficult.

If the Council concludes that the mural does not constitute an advertisement as defined by the legislation, it might have another legal route to enforce its removal through what is known as a Section 215 Notice. This could be invoked if the Council concluded that, having regard to its location in a Conservation Area, the mural was seriously harmful to the general “amenity” of the area and its immediate surroundings. This is a discretionary power which has been used with mixed success by other Councils faced with similar problems. It also involves a potentially protracted legal process.