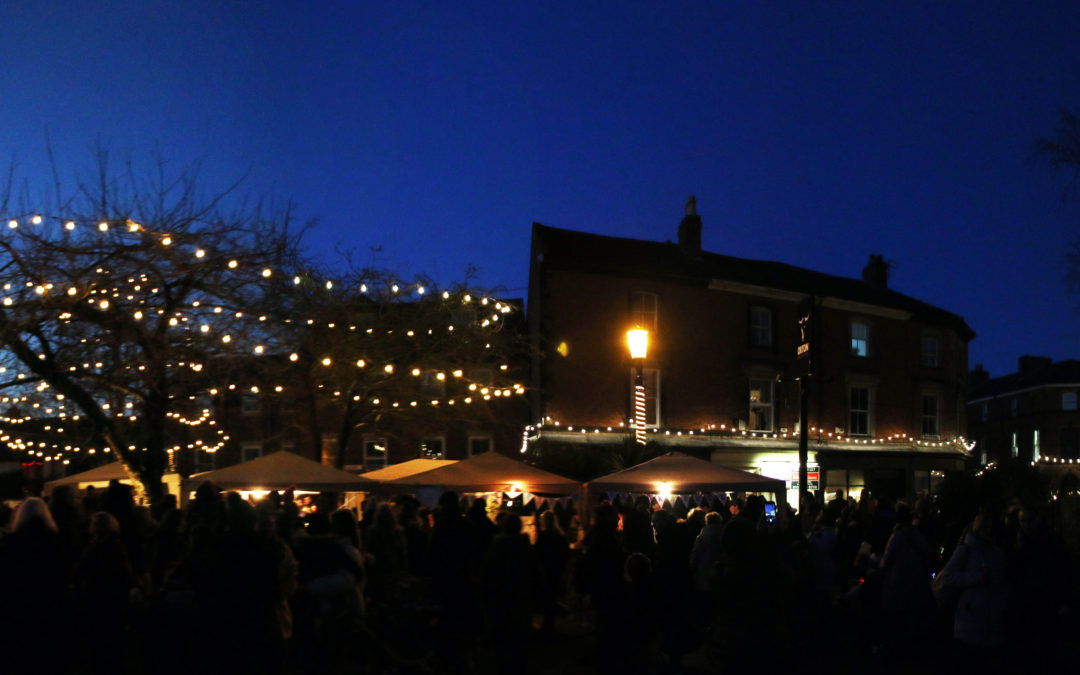 One of Oxton’s oldest residents switched on the village Christmas Lights this year on Saturday 30 November.  Mike Carr, now in his 100th year, was a former distinguished SAS soldier who worked locally as an art and design teacher after the war, and was guest of honour at the event. 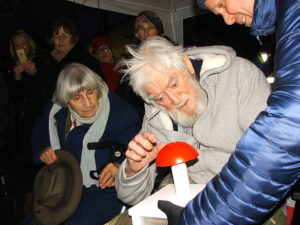 As well as craft stalls, children’s entertainment, raffles, mulled wine, mince pies and hot food, Santa was there in his grotto and music was provided by an array of choirs, including local school children, and the Salvation Army band. 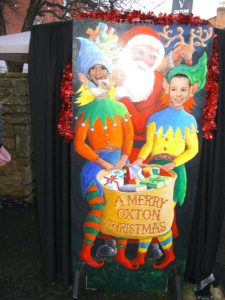 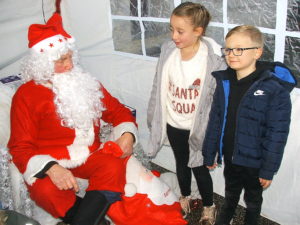 A key supporter of this year’s event was Kate Wyness, owner of Greens of Oxton, who organised the festive food and craft stalls, and coordinated a collection from village businesses and residents, raising £650 towards the cost of the new lights in the trees at the village centre.

Paul Edwards, who owns the village Post Office and the Bon Bakery, sponsored Father Christmas, 200 selection box gifts and the mulled wine stalls.  He said “This is a fabulous event which really puts the spotlight on the village.  I’ve lived and worked in Oxton for 19 years and I’m surprised when so many people say they don’t know the area.  Events like this help raise the profile of the village and I’m proud to support it.”

Oxton Society Vice-Chair Jeff Willis said: “We see the lights switch-on as our Christmas gift to the community.  It is always popular but the addition of the food and craft stalls went down really well with visitors. I would like to thank all of the committee members and volunteers who gave up their time to ensure that everything went smoothly and all of the business owners who donated raffle prizes and really put their heart and soul into making this such a fabulous family event.” 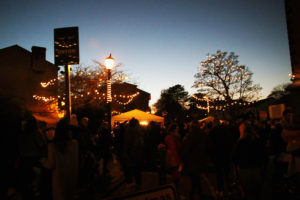 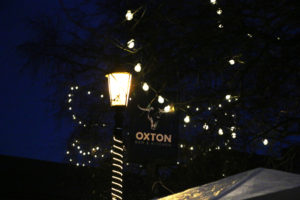